JANEEN McCARTHY is the daughter of Vern and Rita Donovan McCarthy. She was born on June 9, 1945, in Cascade, Dubuque County, Iowa. 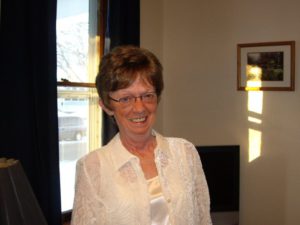 Janeen and Jim were divorced and the marriage was annulled. Her second husband, Tom Clarke, preceded her in death. She married Donald J. Pape Jr. on June 8, 1985, at the Little Brown Church in the Vale in Nashua, Iowa. He died on January 27, 2007 .

Janeen died on October 29, 2010. She is buried in Mount Calvary Cemetery, Dubuque, Iowa.