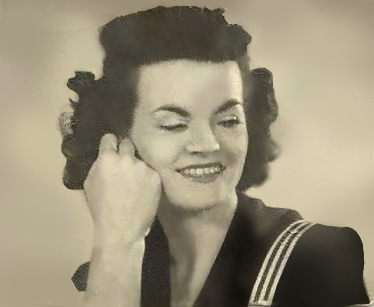 BERNADINE DONOVAN, “Bernie” was the daughter of John and Loretta Carew Donovan.

She married Floyd Thomas Sanborn Hodge “Tom” on November 22, 1941, in Phelps County, Missouri. They had three children during their marriage.

Bernadine Donovan Clinton died on May 6, 2005. She is buried next to her beloved Paul in the Aetna Township Cemetery in Morley, Mecosta County, Michigan.

As was somewhat customary of the time, Bernie did not continue on to high school. Her formal education ended around 1935, once she completed the eighth grade. This was a regret of hers. She also put off learning how to drive, as her brother, Leonard died in an auto accident in 1942.

In the early 1970’s, around the time she turned 50 years old; she completed her high school education and received her driver’s license.